The Democrats channel Ronald Reagan, while Donald Trump continues to own the news cycle. That, plus Bill Clinton plays with balloons.

Want to be the first to read the Media Rundown? Subscribe to email updates by clicking the “Follow” tab at the bottom of your screen (or here if that’s not working for you). You can also add to your RSS reader.

The nominating conventions are in the books, and we are now in the final 100 days of the presidential election. We looked at the Republican National Convention last time. Now, it’s the Democrats’ turn.

I thought we saw political theatre of actual consequence from both conventions – very rare for the polished infomercials these events have become. Both parties displayed friction. The continued resistance by Bernie Sanders supporters got the DNC off to a rocky start, spurred in no small part by email leaked by (Russian?) hackers suggesting the Democratic Party favored Hillary Clinton throughout the primary. Set up for a freefall into chaos, the Democrats used their convention tried to redefine American politics.

END_OF_DOCUMENT_TOKEN_TO_BE_REPLACED

^^ Nifty headline, right? I thought so anyway. And maybe it would have served the American Family Association well to use it on a recent release urging people to think twice before donating to the Amyotrophic Lateral Sclerosis Association as part of the popular Ice Bucket Challenge.

Instead, they went with this…

I guess it has its own charm.

AFA is firmly on the religious right, boycotting companies that promote products to the LGBT community and choose the term “Happy Holidays” over “Merry Christmas.” But this particular message seemed to bother even supporters of the group – not because of its position, but because of the manner in which it was communicated.

I’ve been meaning to blog about the shift in headline writing to SEO and viral social sharing. For now, let me just direct you to a feature in the Columbia Journalism Review, though you probably don’t need to click to know exactly what I’m talking about.

“ALS challenge kills babies” is about as tabloid-esque as it gets… the good old-fashioned form of clickbait. The actual argument of the AFA and similar groups is that the ALSA’s use of embryonic stem cells for research violates the sanctity of life.

This is not a blog post to debate the merits of that argument.

Instead, it’s one to think about why even those who agree with that argument cringed at the way it was presented.

END_OF_DOCUMENT_TOKEN_TO_BE_REPLACED

Mississippi rarely receives much attention from candidates in presidential elections. After all, there’s usually little doubt as to the inclinations of the most conservative state in the union. Furthermore, with its primary scheduled after Super Tuesday, party nominees usually have been all but officially accepted by the time the Magnolia State rolls around.

All three men made stops in Jackson. I managed to see two of them in person – Santorum and Romney – while collecting a handful of reliable reports on the Gingrich events. As polls show a tight race going into the primary, each candidate used a different strategy to court voters.

END_OF_DOCUMENT_TOKEN_TO_BE_REPLACED

Never in my lifetime can I recall so many campaign buses rolling into Jackson, Miss. Not just for those $2,000 plate lunches, either – for honest-to-goodness, down home, public rallies.

The blog already attended Rick Santorum’s rally at the Ag Museum Wednesday night. Tomorrow, Newt Gingrich will be making the rounds, while the frontrunner, Mitt Romney, makes his appearance on Friday. Sadly, no word of a visit from the Ron Paul team.

Keep an eye on the Twitter page (@voiceofD) for live updates as I try to catch as many of these events as I can. A full blog post recapping the candidates’ strategies, the public’s reactions, and an attempt to project the Mississippi primary will come over the weekend.

Magnolia State politicos, enjoy the moment. We don’t get many. 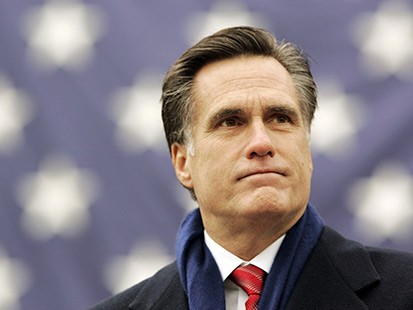