The Seattle Seahawks took 12 seconds to score against the Denver Broncos Sunday night. Perhaps more accurately, it took the Broncos 12 seconds to score on themselves. Both of those trends would maintain throughout the night as Super Bowl XLVIII (that’s 48 for the Roman-numerically challenged) turned into a showcase for the best defense in the league and a nightmare for one of the greatest quarterbacks of all time, who now has lost more games in the postseason than anyone else.

The third-largest blowout in Super Bowl history may have been responsible for some of the early exits from the party I attended. And surely it was trouble for FOX and its legion of advertisers, who paid $4 million for the most expensive 30 seconds on television.

Only it wasn’t, because the NFL is the biggest draw in entertainment today, and its dominance has never been more evident.

Super Bowl XLVIII was the most watched television broadcast ever, with an average of 111.5 million Americans tuning in across the length of the entire broadcast. That’s 200,000 more than the previous record-holder, Super Bowl XLVI in 2010 (the one when David Tyree caught that football with his head). It’s also the third Super Bowl in the past four years that has broken the viewership record, and Super Bowls now account for the top 23 spots on that list.

The game also set a Super Bowl ratings record with a 44.5 at kickoff. Its 46.4 average is good enough for seventh among Super Bowls. (Why wasn’t the Nielsen rating a record too? Ratings are based upon total percentage of households with televisions. What we’re really saying is that extrapolating upon Nielsen’s sampling techniques, 46.4% of all TV-equipped households in the U.S. had at least one set to the big game. That’s huge today – the elite scripted programs on network television get ratings between 4.0 and 5.0, while success often means topping 2.0. However, it doesn’t touch ratings records from the pre-cable days, when there were fewer choices and fewer homes with televisions. That’s why the series finale of M*A*S*H in 1983 attracted 10 million fewer viewers than this year’s Super Bowl, but scored a 60.2 rating.)

Most surprising was the endurance of the TV audience in the face of a noncompetitive game. The rating from the 9:30-10:00 ET block of the broadcast was a 44.0, despite the only action being the Seahawks running out the clock. Audience share (removing households that weren’t using their TV at the time) fell by 6 points from the game average to 63.

There are likely many explanations for viewership maintaining as the game got out of hand. The social phenomenon that is the Super Bowl dictates that the game remain on the screen as friends gather for a final round of chicken wings, whether or not they are actually paying attention any longer. There’s also nothing else on TV – no network is going to run new content against such a juggernaut.

Or maybe our stamina is thanks in part to the emergence of second screening. There were 24.9 million Super Bowl-related Tweets sent during the broadcast, up from 24.1M in 2013. Most importantly to the present discussion, the two biggest spikes in Tweets-per-minute occurred in the second half of the game, indicating that folks were still paying attention despite the score.

Social media remained a focus of Super Bowl advertisers. I blogged about this two years ago, and the prevalence of interactive elements has only increased. This year, 57% of ads featured a hashtag, according to Marketing Land. That’s up from 50% in 2013, way up from 15% in 2012, and a long way from Audi’s smooth Super Bowl hashtag debut in 2011.

Some of the most successful brands embraced Twitter over in-game ads. eSurance had the most-used promotional hashtag of the night, #eSuranceSave30, despite airing an ad after the game had ended (more evidence that the audience remained attentive). The ad was a clever play on the cost difference between an in-game and postgame commercial spot, complete with a promise to give the $1.5 million they saved to one lucky Twitter user who shared the hashtag. My timeline was filled with folks who bought in, celebrities and regular users alike.

JC Penney, a company that has done nothing right over the past two years, got some much-needed free publicity by Tweeting even though they didn’t have an ad. When two typo-filled, game-related Tweets were sent by the company’s account, the Twitterverse wondered who was behind the wheel, and what they were drinking.

As it turned out, they were just #TweetingWithMittens… and it didn’t cost them a dime.

Oops…Sorry for the typos. We were #TweetingWithMittens. Wasn't it supposed to be colder? Enjoy the game! #GoTeamUSA pic.twitter.com/e8GvnTiEGl

It didn’t cost the NFL a dime to have Bruno Mars and the Red Hot Chili Peppers perform at halftime. Artists have long agreed to do the show for free, given the massive audience exposure. Madonna’s 2012 performance boosted her album sales by more than 400%. Beyonce, already at the top of her game, got a more than 50% boost after she knocked out the power at the Superdome.

I have to admit, I was pleasantly surprised by Mars as a headliner. Maybe it was the lackluster game, but I wasn’t alone. At a time when viewership normally drops off, this year’s halftime show drew 115.3 million viewers – a new record. As of Monday evening, Mars’ two full-length albums were #1 and 3 on iTunes; #1 and 2 on Amazon (where the Chili Peppers were also in the top 10, despite not actually playing instruments). Forbes writes that the value to a relative up-and-comer like Mars might be even more significant.

I’ve said before that I think the Super Bowl is a wise investment for any brand with a strong creative team, no matter what the cost. As usual, ads are re-airing (for free) across news and entertainment platforms the same way ESPN shows scoring plays from the game. You can watch all of the 2014 Super Bowl ads here.

• I personally have loved the Chrysler ads since Eminem became a desirable spokesperson three years ago. Seeing Bob Dylan made this Dylan smile… even if I do recognize the juxtaposition of a car manufacturer owned by an Italian company touting all things America. Other people aren’t so entertained.

• Radio Shack returned to the 1980s… reminding me of the last time they were relevant. I’m more of a 90s guy anyway, so I appreciated the Seinfeld reunion to promote Comedians in Cars Getting Coffee, especially since I just finished explaining the “over-cheer” to a friend (just without that quintessential Seinfeld name). Once again, haters gon’ hate.

I’ve never felt more glad to be completely disconnected from the sentiments of the mob. Usually, I have a pretty good hold on when something is going to cause a stir, but as I watched Coca-Cola’s “It’s Beautiful” – a rendition of “America the Beautiful” in many different languages – I wouldn’t have guessed in a million years that it would have resulted in a string of racist, xenophobic posts on social media, and the outrage of conservative political pundits.

The ad, I thought, was a beautiful expression of American multiculturalism, whether you accept that as reality or a desired state. It’s also been a Coke thing for a while now.

Here’s the lowest common denominator on Twitter, curated by BuzzFeed.

(For what it’s worth, I saw a little of this in my Facebook and Twitter circles, but far more support across the ideological spectrum.)

Here’s Glenn Beck, donning his conspiracy theorist hat once more to explain how Coca-Cola’s real intention was to divide the country.

Someone’s going to have to explain this one to me. 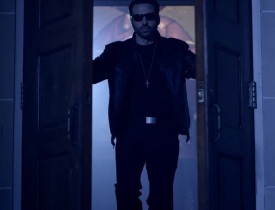 Finally, there’s no way I can end this block without mentioning Jamie Casino. Armed with a made-for-TV name, this Georgia attorney wrote, directed and starred in his own FX pilot disguised as a local Super Bowl ad. He bought his affiliate’s entire local break (entering halftime) and shredded that two minutes with metal guitars and a flaming sledgehammer. Watch it. Now. Local ambulance chasers, the bar has been raised. Because when something hits the Super Bowl stage, even locally, it can ignite quickly.

Which brings us back to the thesis: the NFL is the biggest draw in entertainment today, and its dominance has never been more evident. The record-breaking Super Bowl audience was just part of the NFL’s vast supremacy this season. NBC’s Sunday Night Football continues to dwarf all primetime competition in the ratings. Coverage of the NFL Draft drew a larger audience than actual games being played in MLB, NBA, and NHL (and anything else on television not starring Jim Parsons). Even the NFL’s most bemoaned product offering, the Pro Bowl, drew 7 million viewers while going head-to-head against the Grammys, and beat every other league’s all-star game in the ratings (the lazy exhibition also topped the NHL’s Stanley Cup Finals, the league’s championship series).

Nothing seems to slow the momentum. The league has shrugged off hazing that crushes college programs, steroids and HGH that jaded a generation of baseball fans, and player rapsheets that are longer than anything the NBA had going when it was characterized as a league full of thugs. Even the issue of concussions and the NFL’s abandonment of former players with brain trauma only gains traction among small circles – a media narrative that doesn’t seem to be connecting with fans.

The NFL is as close to invincible as a brand can be while continuing to grow so incrementally. The parabolic rise can’t continue forever, but if the undisputed success of a 43-8 beatdown tells us anything, it’s that the smart money will continue to follow the oblong ball.