Tonight, a likely record-setting television audience will watch the first presidential debate of the 2016 election. And the majority of that audience will not trust any of the three people on the stage. Would fact checking change any of that? 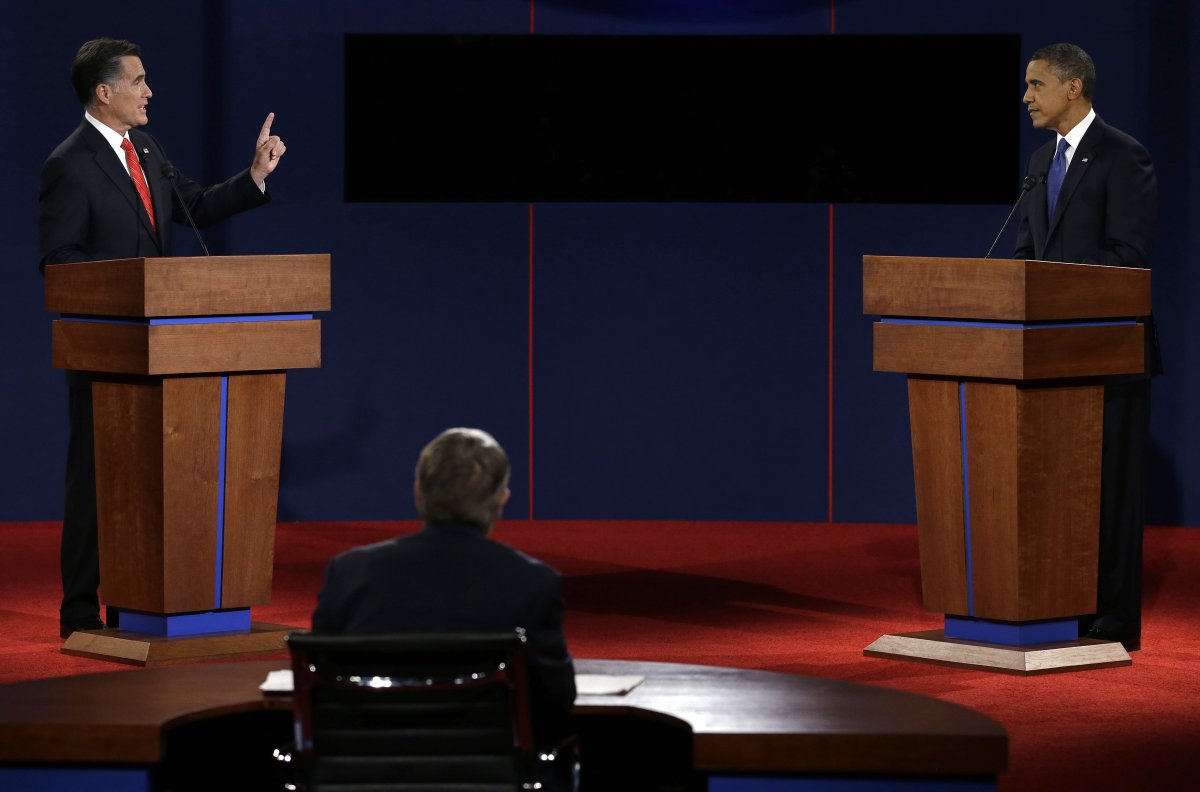 Tonight, a likely record-setting television audience will watch the first presidential debate of the 2016 election. And the majority of that audience will not trust any of the three people on the stage.

Donald Trump is distrusted by 57% of Americans, according to last weekend’s ABC/Washington Post poll. As with so much in this bizzaro-world election, that would be a damning figure if not for his opponent – 60% of those surveyed viewed Hillary Clinton as untrustworthy.

The moderator of the debate, NBC’s Lester Holt, meanwhile, is the stand in for “the media,” which is less trusted than either historically distrusted presidential candidate. Only 32% of Americans have at least a “fair amount” of trust in media, according to a Gallup poll released in mid-September.

So, it’s not surprising that we’re talking a lot about fact checking at the debates. The question is whether or not it’s the role of an agent of the widely distrusted media to call out either widely distrusted candidate on claims that are demonstrably false.

Plenty has been written about whether fact checking is the moderator’s role. The moderator of the third debate, Fox News’ Chris Wallace, has already said he doesn’t think it’s his job. Yesterday, the executive director of the Commission on Presidential Debates agreed with Wallace’s stance, in an interview on CNN’s Reliable Sources, saying that live fact-checking was too much of a grey area.

I want to approach this from a slightly different angle – would a fact-checking moderator benefit anyone? And if so, who?

First, we need to look into the minds of voters, and under the hood of the polling data.

It’s important to recognize that political partisans account for a great deal of the distrust figures. Clinton is distrusted by 95% of Republicans, while 85% of Democrats don’t trust Trump.

That’s what you would expect. Hostile media perception1, a theory developed by Stanford researchers in the 1980s, would further predict that both of these partisan groups simultaneously believe “the media” are biased against their candidate, and thus, untrustworthy.

But that’s not what the data shows. Instead, the Gallup poll found that the majority of Democrats (51%) have a great or fair amount of trust in media, compared to just 14% of Republicans.

Of course, the GOP has made media bias a campaign platform for decades, positioning media as a strongly salient out-group. Still, Republican trust in media was cut in half in just one year (from 32% in 2015), while Democrats and Independents saw only slight declines.

This is only speculation on my part, but I would guess fact checking has something to do with it. Not only does Trump berate the media endlessly, he also peddles in an alarming amount of distortions and outright lies – reaching a point where it is hard for even the most stoic of “stenographer” journalists to not find it necessary to correct the record.

To partisan Trump supporters, fact checking is going to look like bias. And Clinton not getting that same treatment doesn’t mean that she lacks such bald-faced false assertions, they’ll claim; it means media are giving her a free pass in order to pound on their candidate.

There’s also the question of whether a debate changes anyone’s mind. The body of research suggests that, barring some truly catastrophic moment (which, to be fair, has to be more likely than usual this time around), the debates won’t influence a large number of voters.

According to the ABC/WaPo poll, only 18% of Americans say they “might” change their mind as a result of the debate. That’s despite almost 75% saying they’ll tune in. So, a large portion of the debate audience will just be partisans rah-rah’ing for their pick. There isn’t a huge party split, though Republicans are slightly more solidified in their choice.

Young people are most open to their vote being influenced by the debate (26% of those aged 18-39 say they might change their mind). That is also the age demographic least likely to trust the media – a complete reversal of the trend just a decade ago.

So, when it comes to fact checking, Holt and his fellow moderators are going to be speaking to young undecided voters. They don’t trust the media, but not because of hardcore political partisanship. They’re the most disaffected by the two candidates.  And this part is purely anecdotal based upon my interacting with this age group as a college professor, but many of them are upset at choosing between Clinton and Trump, and see traditional news media as the driver of this clown car.

Journalists who are willing to hold the candidates accountable for obvious falsehoods in front of 100 million people might be the sort of thing that helps these Millennial voters make a decision, and gain an appreciation for what media are supposed to do for our democracy. Meanwhile, the people who fact checking would offend have made it clear they are going to blame the media regardless of a moderator’s performance. By my estimation, reaching a new generation of news consumers is easily worth that risk.

We’ll see what Holt does tonight. The debate begins at 9 p.m. ET.

1 I was delighted to find that the Wikipedia entry for hostile media perception is still mostly my contributions from a PhD epistemology assignment.