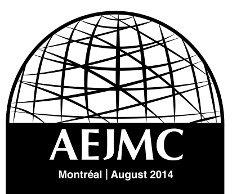 Presented August 9, 2014 at the annual conference of the Association for Education in Journalism and Mass Communication, Montreal, Qc., Canada, Electronic News Division.

For more information about this paper available here, or by visiting the Academia page on dylanmclemore.com.

Television news networks regularly allow us to see live instances of political communication – presidential addresses and candidate debates, for instance. Those communications are immediately followed by an attempt by anchors and commentators to contextualize and analyze what has just been aired. This instant media commentary has long been a source of concern for government officials. If media are biased in their coverage (which is the position of more Americans than perhaps any other time in our history) then this position of first impression could hold great persuasive power.

There is some evidence that instant media commentary can color our perceptions of presidential debates. However, those events are already subject to obfuscation. After all, the entire context of a debate is adversarial, with the audience left to evaluate numerous conflicting messages. This study seeks to extend that research to single-speaker political events, in which an opposing view is absent. Does instant media commentary still have the ability to influence audiences that have been exposed to a more cohesive argument? Embracing the adversarial view of the press, can it step in and ask tough questions with any real consequence?

Today, party nominating conventions are well polished spectacles – a full week ceded to one party to present a controlled message and an ideal depiction of a candidate. Television plays a significant role in this presentation – conventions are afforded primetime coverage by network television, and receive almost the entirety of the news cycle on 24-hour cable news channels.

As it turns out, this spotlight can have a big effect on a candidate’s presidential aspirations. Research has documented what Campbell, Cherry, and Wink dubbed the “convention bump,” in which spikes in public support immediately following a convention can carry through to the general election.

Convention speeches seemed an excellent context to test the effects of instant media commentary of single-speaker events. For this study, participants viewed the keynote address of New Jersey Governor Chris Christie at the 2012 Republican National Convention. (This study was completed before “Bridgegate,” and pre-test questions confirmed that Christie was a relatively obscure political figure to most observers at the time.) After the speech, participants were exposed to one of three sets of commentary (favorable-unfavorable-neutral), all from the Fox News telecast that evening. A control group watched the speech with no commentary. To test the effect of the “instant” nature of the commentary, some participants were given five minutes to think about the speech before proceeding to the commentary condition, while the rest watched the commentary in real time.

– A good speech delivered on a national stage can still move the needle for an aspiring political figure. Even liberal audience members found Christie to be a credible and talented speaker, though, as expected, conservative audiences embraced him the most. More importantly, the speech was especially persuasive to those who did not usually pay attention to politics – an audience primetime convention speeches reach better than most political communication.

– The effect of instant media commentary on audience perceptions might be overstated. All commentary conditions resulted in similar speaker impressions across receiver ideology. In fact, the only consistent finding was that viewers in the control group (no commentary) thought better of Christie, and even had stronger voting intentions.

– The “instant” nature of commentary may not be all that important. Taking a break between speech and commentary did not significantly change perceptions of Christie.

– So, what was really going on between the commentary groups and the control group? This study leaves plenty of room for speculation. Maybe it was the media outlet. All participants, regardless of ideology, perceived the Fox News commentary (even the negative condition) to be favorable toward Christie. Perhaps Fox’s reputation as a right-leaning news outlet primed audiences to expect a certain tone of coverage, and then see it, regardless of the reality. Interestingly, while this hurt media credibility among liberals and moderates, it actually increased media credibility among conservatives.

– Maybe it’s just the media. Evaluations of media speakers were considerably lower than evaluations of Christie. Folks don’t care for the press, we know, but this dislike may negatively affect impression development of the subjects being covered. After all, impressions of Christie dropped even when media commentary was entirely positive.

This was one of those projects that inspired more questions than answers, but was fun to interpret nevertheless. Replication in different contexts, with different source cues may help work through the various explanations for the results seen here.

2 thoughts on “The Effect of Instant Media Commentary on Perceptions of Political Speakers: A Conventional Case Study”